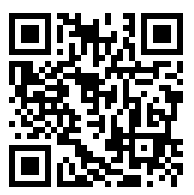 This Patachitra is a humorous rendition of a dialogue exchange between the goddess Durga and goddess Ganga that ensues when Durga becomes angry that Ganga lives on Shiva’s head.

Or else you will hear rude words.
O when you had married King Shantanu
Everyone knows about it
O listen dear Ganga
You had drowned seven of your sons.
O that was because of sage Astabashu’s curse that I had to drown them all
And later they were all saved
O listen dear Durga
That is why they had to die so young
O how did you kill your own children?
How can someone be so cruel