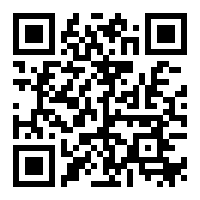 This story of Patachitra is a fragment of the epic poem Ramayana. A very well known story, narrates the kidnapping of Sita, Lord Ram’s wife. Ram Chandra had to leave his house with Sita and Lakshman to keep his father’s promise. They stayed in the forest. Rama killed the magic deer (Mayamriga). Ravana kidnapped Sita.

Soon after getting married to Sita
Ramchandra had to leave his house for the forest to keep his father’s promise
Ram walks in front followed by his wife Janaki(Sita) and his brother Laxman
They walk in the blazing heat of the Sun and on the even hotter sand.
The delicate princess Sita finds it very difficult to travel on such rough terrain.
So Laxman breaks a branch from a tree, holds it over her head
As she walks slowly beneath.
Finally in the forest of Panchavati the trio builds a small hut where they live
One day Surpanakha, the sister of the demon king Ravana comes to the forest
Seeing Laxman, she tries to lure him and this angers him.

Deeply enraged he cuta Surpanakha’s nose.
Disheartened and humiliated, Surpanakha rushes to her brother Raavan and complains
Infuriated by Laxman’s act, Raavan begins plotting against them.
Raavan calls upon Marich- the master of disguise and orders him to go.
The sage asked did you get her married yet.
He goes to Panchavati dressed as a golden deer and grazes around Ram’s hut in Panchavati.
Mesmerized by the creature’s beauty
Sita requested Ram to capture it for her
Ram asks Laxman to guard Sita while he is away
Ram follows the golden deer
As it flies like a bumble bee all through the forest
After a long run, Ram catches the deer
But Marich impersonated Ram’s voice and cries out for help
Hearing Ram’s voice Sita becomes worried and runs to Laxman for help
Offering him a betel leaf she says
‘Where are you dear brother-in-law Laxman
Please accept this betel leaf, your brother is in danger
And go to the Dandik forest’
Laxman says to Sita
‘My brother has asked me to guard you in hus absence
And you are asking me to rescue him?’
Disturbed and restless, Sita replies
‘Now I understand your desire brother-in-law Laxman
You know you can have me only if Ravaan dies’

Shocked and hurt Laxman takes the name of Vishnu and covers his ears
He says ‘You are like my mother Sumitra and Raghunath is like my father’
After Laxman exits, Ravaan approaches Sita dressed as a hermit
As Sita comes near him to offer alms
He grabs her by the hand and drags her onto his flying chariot.
Seeing Sita, Jatayu the bird, a devotee of Ram rushes to her rescue
After a fierce battle, Raavan kills Jatayu by chjooping off his wings with Brahmastra
Jatayu falls on the forest floor and tells Ram ‘Raavan has killed me and taken away your wife. Please go and rescue her’
I live in East Medinipur district, Chandipur police station
I am Shubho Chitrakar singing the song of Sitaharan.