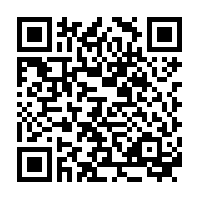 The Patuas paint tales on long scroll of cloth and sing them as they unfurl the scrolls. This scroll speaks of the great sufi saint Satya pir and his miraculous deeds. This narrative lays stress on the respect given to the saint in both Hinduism and Islam, thus urging communal harmony.

Where are you Satyapir I take your refuge
Only you can save me from my guilt.
You are the king of the Hindus and Pir of Muslims
Both the religion worships you in two different forms.
Satyapir declares himself to be Satya
And decides to organize his worship from the king of Sindh.
He went to the kingdom of Sindh
Disguised as a poor ‘fakir’.
The king cordially welcomed the fakir
He provided hospitality
Giving him a comfortable seat
The king asked the reason for his arrival.
Fakir asked him to offer him ‘sinni’
And promised the king would have a son.
King asked, ‘To satisfy you what else I can give you?’
Satyapir decided to tell him his needs.
‘You have to gift house and gold to the fakirs
Along with cattle.’
The royal couple promised fakir everything
And was blessed with a son.

They were elated to have a son
The king and his son went to trade.
In the turbulent ocean
The king lost his ships.
He was devastated to lose his wealth
From a king he became a beggar.

He promised to give sweets milk and ‘sinni’
On returning home, if his ships returned.
Pir came to know about this
And returned his son and ships
He worshiped Pir when he returned home
He treated his kingdom with ‘sinni’ and sweets.
Sanatan Mandol was a stingy man
Who always promised but never worshiped Pir.
The man was unethical and shrewd
He was attacked by a tiger and a crocodile.
In that tug of war between the two ferocious animals
He lost his life.
Whoever fails to keep his promise
Satyapir gives him punishment.
Here the story comes to an end
Show respect to Satyapir irrespective of religion.