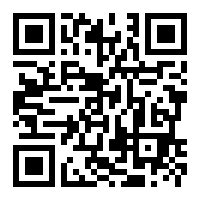 A story from one of the two epics of India, Ramayan, this Patachitra depicts the story of slaying of Ravana by Ram. There are many adaptations of Ramayan all over India, slaying of Ravan is one such episode which has several variants. In this Patachitra, Ram uses a special arrow retrieved by Hanuman, an ardent follower of Ram to kill Ravan. Hanuman disguises himself as a Brahmin and tricks Ravan’s wife in divulging the secret to killing Ravan and brings it to Ram. Ravan, anti-hero/villian of Ramayan is a complex character who has several layers. This particular rendition of Ramayan is popular among the Patua community of Pingla.

Lord Ram says listen Bivisan my friend
King Ravana of Lanka is alive even in death
Everytime his head is cut, he is healed again!
This is a strange thing that is fearful to see.
I assure you Lord Ram. Ravana will die
But your wife Sita cannot be rescued from his clutches yet
Ram’s follower Hanuman says,
Lord if you allow me then I will bring to you the arrow that kills Ravana
Hanuman disguises himself as a Brahmin priest
The priest is seen under a banyan tree
With books in one hand,
He goes to Ravana’s queen Mandadari
Seeing the Brahmin, the queen is curious
She serves him well with care.
She offers hima seat on the throne but he declines.
There is a mat in the room, he spreads that and sits.
He says O queen I am a wise astrologer.
I have been worried about Ravana’s fate
The treasure you have in your home, O queen
I can find out through my predictions.

The queen says O sage I can hide nothing from you.
The treasure is an arrow hidden inside a pillar
The King gave it to me for safekeeping,
Because he cannot trust his own brother Bivisan.
Hearing the secret from the queen’s mouth,
Hanuman shed his disguise.
He breaks the pillar with one kick and sees the arrow.
He takes the arrow and leaps away.
With one leap he leaves the palace behind.
With another leap, he reaches Lord Ram.
He bows to Lord Ram and presents to him the arrow.
The priest is seen under a banyan tree.
Ram is very pleased and praises Hanuman.
He says as long as you are in this world,
My care and mercy will be with you.
Now Ram and Ravana battle each other in Lanka.
Ram shoots a hundred arrows at Ravana at once.
They both shoot arrows fiercely at one another.
They both shoot arrows with skills as each has.
Then with an incantation Ram lets loose the fatal arrow.
The arrow pierces Ravana’s chest and splits into two.
Ravana falls to the ground in great pain.
The Gods watch from the skies
The King with one million sons and hundred million grandchildren

All have been killed in the battle, all of them.
Around Ravana mourns fourteen thousand women
O King, who are you leaving the Golden Kingdom of Lanka for?
Bivisan puts fire to the ten mouth of Ravana,
And in smoke burns up Ravana’s pyre.
I finish my story though a lot is left
I will write more if I live so many years.
I finish my Pat Song here
I am Bijay Chitrakar, Chandipur is my home.