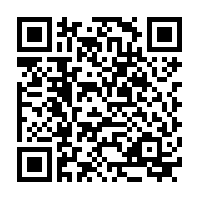 This Patachitra is the story of Chand Sadagar and Manasa, significant for its portrayal of Behula who epitomises the best in Indian womanhood. It begins with conflict of the merchant Chand Sadagar with Manasa, the goddess of snakes and ends with him becoming an ardent devotee of Manasa. ChandSadagar is a worshipper of Shiva, but Manasa wants Chand to worship her. Chand on the other hand refuses to even recognize her as a deity. Chand had seven sons, of which six were married. Manasa annoyed and angry decides to take revenge upon Chand by killing his seven sons and leaving their wives widowed. He gets his youngest son Lakhindar to marry Behula, daughter of merchant Sayven. On the wedding night, Lakhinder is also bitten by a snake. Newly-wed wife of Lakhinder takes it upon her herself to bring her husband and his brothers’ to life. She makes the goddess bow to her love for her husband through her strength of character, courage and deep devotion.

Hail Manasa, the reliever of poison
Little Manasa was born inside a lotus flower
She sits on a throne of snakes and sleeps on a bed of snakes
She is carried by a wild boar
Chand merchant is angry and he clutches his beard
He carries a stick made out of hetal wood

And says ‘If Lady Manasa tries to harm my son
I will crush her with this stick’
Manasa hears his words
Infuriated Manasa kills Chand merchant’s six sons
And their six wives get widowed
The merchant still refuses to worship her
Let us get him married in Nachhkoni town
He has a girl named Behula
So Unvle Jonardhan was sent with the proposal
Eating betel leaf has made his teeth all bad
After their wedding Lakkhinder sits in a palanquin
And some men carry it away
On the Santhalsi hill, a house was made from iron for the newly weds
That is where Lakkhinder sleeps
O rise the daughter of merchant
Are you in deep sleep?
See, a snake has bitten me
The bride wakes up in this dark night
She takes a heavy knife and throwsit on the snake
The snake loses his tail
It wriggled away in pain
A man comes running to Chand merchant and says
‘O your son has died dear merchant
Deranged by this news Chand replies

‘Oh that is really good that my son is no more’
And he begins dancing carrying the hetal stick
He asks ‘When will it be drawn dear messenger?’
‘I would love to have some charred cheng fish with rice’
Behula says to her father in law,
You have made me your daughter in law
Please prepare a raft out of a banana tree for me
So they chop a banana tree in three pieces.
And Behula sails aayon the tiny raft
The raft sails away
On the way, Behula meets her six brothers
Her brothers say to her
‘O dear sister, why are you sailing away with that decaying corpse?’
Please come back home to us
We are going to take care of you
We will ask your sisters in law to obey you
Behula replies ‘No dear brothers I can’t stay with you’
‘I would quarrel with your wives all day’
She bids farewell to her brothers and sails on
Soon the raft reaches Gada Ghat
A man named Gadadhar is fishing in the river
He wants to eat fish with rice
Seeing Behula, he makes fun of her
And asks where she is from

‘Fie on you Gada’ exclaims Behula
‘I am a devotee of Manasa’ she says
Gada jumps into the river to reach Behula
As soon as Gada jumps in the river
His body is affected by elephantiasis and he starts sinking.
Behula says ‘With the same mouth with which you’ve ridiculed me
O Gada, you will have to respect me.’
‘Mother’ he is cursed of hill illness
Behula bids farewell to Gada and sails on
Her raft reaches the ghat of Tamluk
Neta the washer woman is cleaning clothes by the river bank
Behula washes her clothes here till they shine like the Sun
Behula takes the clothes to heaven
She asks for boons from Brahma, Vishnu and Shiva
‘O we grant your wish dear Behula’ they say
‘You can take your husband and your six brothers back home
So Behula merrily decorates seven boats
From then on Manasa was worshipped by all
This is where I end my song
My name is Shanoar Chitrakar
I am from Naya, Pingla, Medinipur.