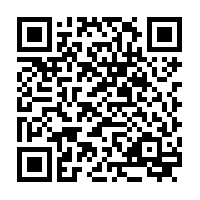 The Patuas paint tales on long scroll of cloth and sing them as they unfurl the scrolls. This is a part of an entire subgenre of Patachitra, the Krishna Lila narrates the tale of Radha and Krishna’s love. This story is narrated with the typical playful humor associated with Lord Krishna, as he tricks Radha into assenting to his advances, overcoming social boundaries and thus fulfilling the love they both share.

Under the tree Krishna strikes up a tune on his flute
All the village women are overwhelmed by the sound
Some dance, some sing, some take the name of Lord Hari
The embodiment of love, Radha falls to the ground
Hari ties up his hair with peacock feathers
Wrapping around his hair many kind of flowers
Many different flower garlands decorating his head
On Krishna’s feet sing gold anklets

One day Lord Krishna hurried to friend Bidur’s house
Seeing this King Duryodan laughed to himself
Bidur and his wife, are you home?
I come to you after a three-day fast
Bidur and his wife are followers of Lord Hari
They give Krishna a banana to eat
Bidur says I wish to be born as a human
And all my life I will chant Krishna’s name
Mathura’s King Kangsha is very pious
For 33 million gods, he employs 52 million priests
To him Goddess Ganga came came on a shark
Lord Yama came on a bison
Lord Pavan came on a deer and the Lord Hutashan
Lord Gobinda of Dwarika came on the Garura bird
Lord Shiva came and came the five faced Lord Hari
The pious king was full of praise for the Gods
The Sun and the moon came to the King’s temple
Meanwhile Krishna wished to be born to Debaki
Debaki was sleeping when Krishna came to her dream
He said Mother Debaki, how long will you sleep?
I Lord Krishna wish to be born from your womb.
I will be the boy who wil slay the wicked King Kangsha
You and your husband will protect me as a baby
Debaki said I am not worth to be your mother

But the Lord had chosen and Debaki was to have a child
After ten months and ten days, the Lord was born as a human
Basudev, Janaki’s husband took the baby in his arms
He kissed the Lord on his face
He had to leave with the baby and he walked all night
The Yamuna river’s dark water swelled and rose
The baby fell fro,m his father’s head and floated away
Basudev despaired, being old and unable to save her son
Hearing this the Lord took mercy and came back to Basudev
The baby girl started crying
Kangsha’s messenger was nearby and he heard
Krishna’s adoptive mother did not realize
She gave little Hari(Krishna) to a disguised demoness
Narayan(Krishna) laughed out loud
The God started drinking the demon’s milk
When he bit down and tore out the demoness Putana’s life
The demoness cried in pain and fell to the grounf
And all the wild animals tore her up
He slayed the demons Agashur and Bagashur in water
He tore out the head of Keshari Ghora
And he broke the tusks of the Kaibala elephant
The tusks fell to the ground
He carried a stick and an umbrella as hr wielded a bow
He saved the Kamala calf from drowning too

When the village women observed RamRat by staying away from their husbands
Radha and the village women went to the river Yamuna to wash away their sadness
Krishna stole the clothes of all the women as they bathed
And Murali sat on the Kadamba tree playing his flute
O fair maidens, I will only return your clothes
If you raise your hands towards me and ask for your clothes
Krishna thus, mischievously saw the women unclothed
And he returned their clothes one by one
One day Radha wanted to sail on the river in a boat
You maybe a handsome man, but your boat is broken o Krishna
Radha, my boat is not broken
I can cross horses and elephants on this boat
How heavy would you maidens be?
Sit where you wish, towards the end or the head
If you don’t want to get soaked by the spray then stay behind
I will take an anaa9coin) to row all the maidens across
To row Radha across, I will take the gold of her ear
At the foot of Kadamba tree stands Hari(Krishna) the charitable
Radha brought to him offerings of her prayer
In order to protect radha’s honour
Narayn took the form of Goddess Kali
Radha’s husband Ayan sees this and thinks
Radha is offering flowers at Goddess Kali’s feet
A snakebit the Lord Krishna

The poison made Lord Krishna’s skin blue
Rai cries amd Yashoda in despair
The maidens of Vrindavan also cry
The 1600 gardens of Vrindavan pined for Krishna
The charioteer held onto the reins
Who will move ahead with women slain?
Here ends the story of Krishna Rasleela
Everyone speak the name of Lord Hari
My home is in East Medinipur, Hobichowk Village
Singing the Rasleela for you, I am Niranjan Chitrakar.